Hooked up my I-Pad to our Nemo for the first time, at first it was picking up AIS at large range but not nearby. Played around with it and was getting questionable AIS from Alaska from Portland,Oregon. I ended up turning off my WIFI and restarted it and it worked as I would think it would. Also during the initial start up with Nemo and AIS feed the Raster Charts stopped working but was resolved after restart. 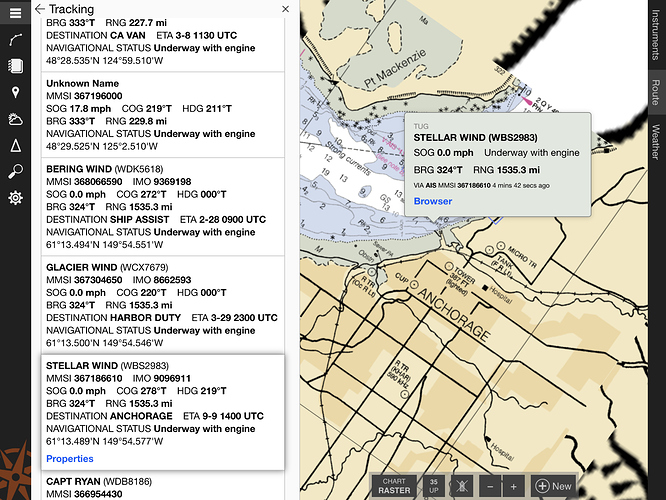 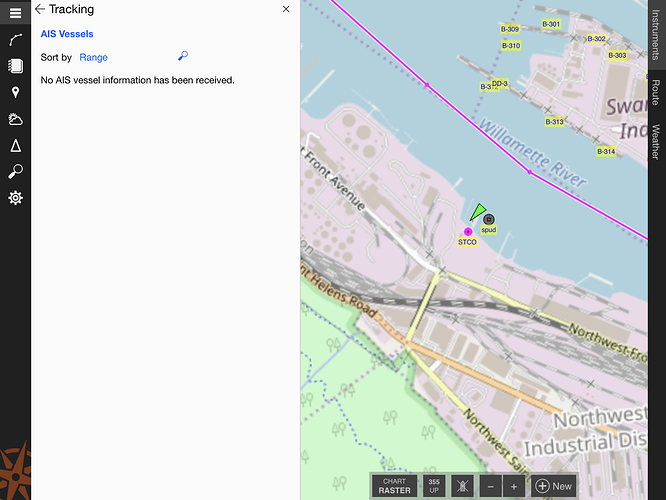 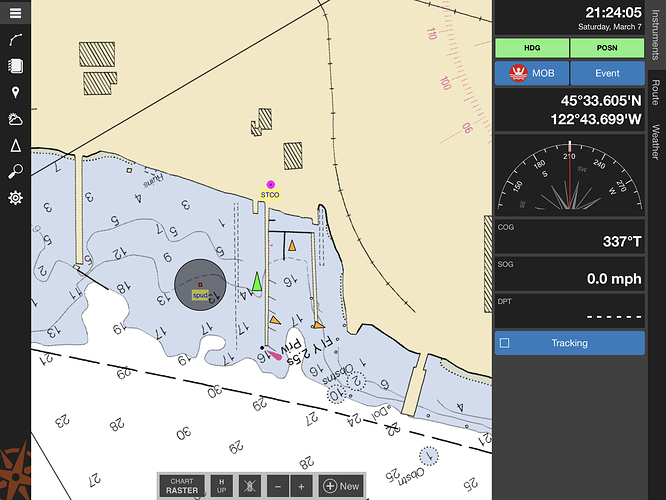 To add to this vpost, my iPad has both WiFi and cellular. My AIS transceiver has WiFi. I was able to log into Systems/WiFi / AIS/WiFi successfully. I was not able to get Coastal Explorer to receive the AIS/WiFi signal. My AIS/WiFi network did not show up. However, another iPad navigation App was able to receive AIS from my AIS/WiFi network without any special configuration. I assume CE iPad is not yet capable of picking up a AIS via a WiFi signal? I am getting AIS for the Pacific NW if I’m connected to the Internet.

You have been getting AIS feed from the internet and the Rose Point servers, not from your “local” AIS feed. Click settings, electronics and AIS feed from Rose point if you don’t want the internet feed.
I find that the internet feed for any AIS onboard is less than accurate, delayed, and downright scary.
I have a NEMO and it is feeding AIS from my Furuno FA150, it works as long as the ipad will connect to the NEMO, which has been sporadic.

Yes, I see the AIS feed via Internet from Rose Point. When my iPad logs onto WiFi sent out from my AIS transceiver I can get local ships on another iPad navigation App. However, going to CE Settings/Electronics/Configure a New Device, the Configure a New Device box is grayed out so I can’t configure the incoming WiFi as a source for AIS.

What device is providing the AIS local WiFi feed? There is another thread on this forum discussing that.

BUBBA: Did you have the Rose Point AIS Feed enabled? That does include some targets between Alaska and Oregon. Also, did you check the Nemo port page in the Electronics area to make sure Coastal Explorer was receiving AIS sentences?

I did at first when I had Alaska targets then loss them after I reset my WiFi, then it hooked up to Nemo and worked as I thought it would. 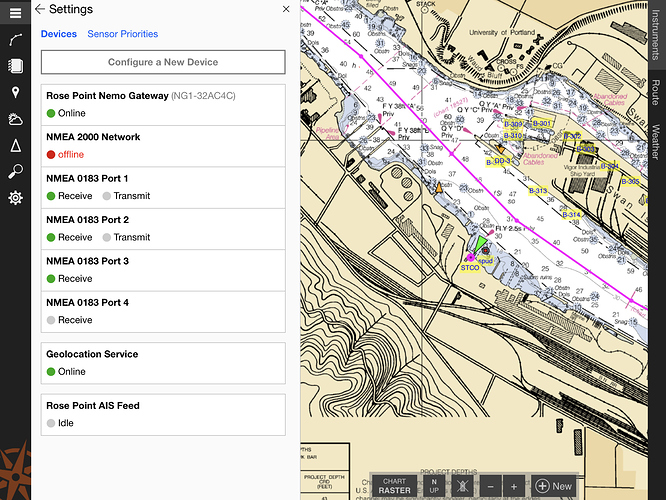