I, and at least one other, had the same issue. I still cannot import a .nob file. However, when I export my route file from CE as a .gpx file, it imports to the iPad just fine.

I followed Fiddler’s instructions and tried to import CE Route as a GPX file. Used e-mail to send file to iPhone, but file would not copy (Showed up as txt, it got messy). So I changed GPX extension to .ABC, then sent again, saved file, then renamed it back to GPX.

The route data came across (Progress!) but the resulting “Route” was actually 5 routes combined (all part of the same trip, but not contiguous legs).

Attached is a screen shot of the Eggemoggin Reach Route 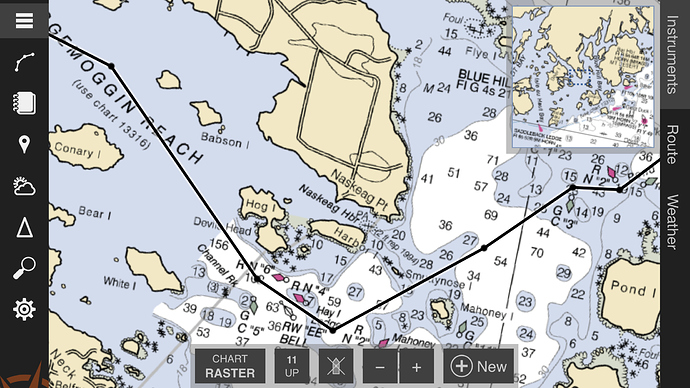