Windows 11 does nothing to enhance productivity, and simply bundles a lot more Microsoft BLOATware on your PC.

In addition - Microsoft uses Bitlocker to encrypt the boot sector of your SSD (or Hard Drive). Once you upgrade to Win11 it is impossible to roll back to an image of Win10 (or do a clean install of Windows 10).

Because of Bitlocker- you are now forced to install a new SSD (or a new hard drive) to go back to Windows 10.

Attached is an easy registry hack to keep your system from ever upgrading to Win11. The Value used in TargetReleaseInfo (bottom of page 3) should be 21H2 (not 21H1).

HERE IS HOW TO BLOCK WINDOWS 11 UPGRADE …! 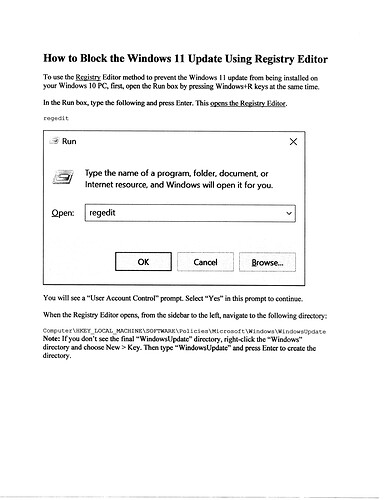 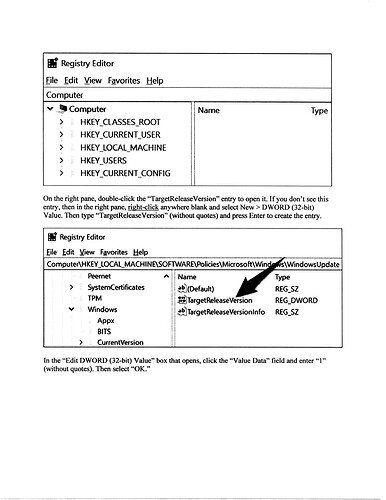 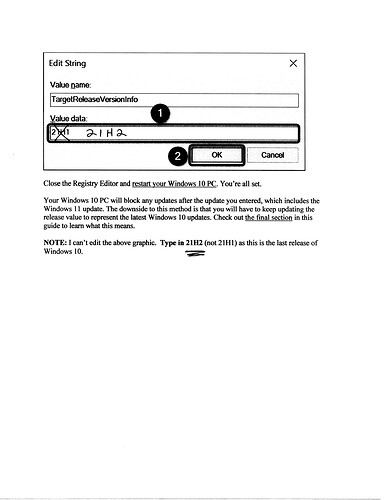 I realize this is a tardy response but perhaps some interest remains. I run two instances of CE - one on my on-board navigation PC (mini pc in my boat’s electrical cabinet) and one on my mac book pro running under a Win10 virtual machine (using Parallels). Use the mac book pro version for route planning and trip research whilst not on our boat. All was peachy until my 2015 MBP’s battery swelled and damaged the motherboard. When I purchased a new MBP I could only get one with the new M1 processor. Found out that all of my Windows virtual machines are fundamentally incompatible with the M1 so no more CE on my mac. After some research I discovered that the Win11 version 22H2 Insider Preview is M1 compatible, will run as a stable Parallels virtual machine on my new mac and that CE runs fine on this version of windows. So to answer a question that wasn’t asked - Yes, CE can run on a new MBP with the M1 processor via Parallels and the Insider Preview of Win11.

Yes, that is true. However, there are some things that still do not work on an M1 (ARM) Mac with the correct ARM Windows 11 installed. None of them are directly related to Coastal Explorer, however, but the C-MAP licensing system does not run in that environment, so you won’t be able to use C-MAP charts there. There are probably other things that won’t work also, such as certain drivers and other low-level system software. Of course, we do not technically support running CE in a virtual machine in the first place, even if it can work fine under the right circumstances. Virtual machine systems, like Parallels, offer plenty of settings to make things non-standard, so users of VMs should be more technical that many users.